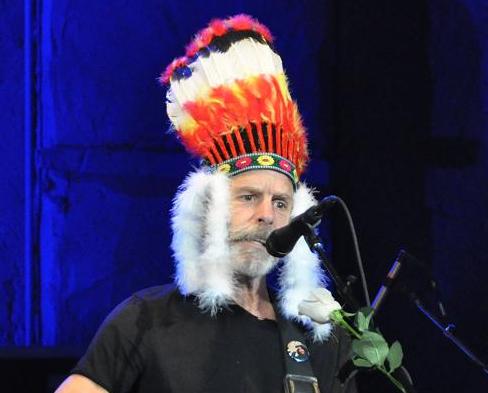 Reviewer: Folkhippy - favoritefavoritefavoritefavoritefavorite - August 1, 2012
Subject: It was the best of times, it was the worst of times...
Unfortunately, this was to be my last Ratdog show. The band that I loved so much, who had provided me endless joy over a 6 year span, would dissolve to make way for Furthur. While I can't say I'm sad about Furthur starting up, I will lament for a moment about the absolutely horrible sound of my last RD show.

I would like to thank the taper who posted this. My seats were about twenty yards to the right of the soundboard and I was thrilled to see all of the microphone stands shooting up into the air behind the board right before the show began. This is a very nice sounding tape...and this will be the only way I will be able to enjoy this show.

Who ever was running sound on this night deserves to be raped in the ass by a gorilla. The volume was SO LOUD that it took me three days for my ears to recover. Now, I am a person who loves a nice loud concert, but this was ridiculous. The volume level was so high that all of the instruments blended together and sounded like a giant roaring train, or a cannon going off right next to your head. It was actually painful to be there. I have never experienced this at ANY of the other RD shows I attended.

I thought it was ironic that before the show, the announcer came out and said that "the Tower Theater has the best fuckin' acoustics on the East Coast." If that was true, I will never know. As I looked around at the various grimaces on the faces of my fellow concertgoers, I noticed fingers starting to plug ears, and those with earplugs quickly put them it. I wish I would have thought of that! I literally felt my eardrums start to puncture.

Disgusted, angered, and most of all disappointed, I left the show during intermission and started the 5 hour drive home to my house. I have never felt so let down by a concert. Looks like I didn't miss much after the first set though. I heard that most people left after the fourth or fifth Dylan cover ended.

Oh well, still love the band. Perhaps there will be better shows to come. At least I have the Archive to console me. If I really want to hit a good show, I will click my way through some 1970 AUDs, and all will be right with the world.

5 stars for the taper.